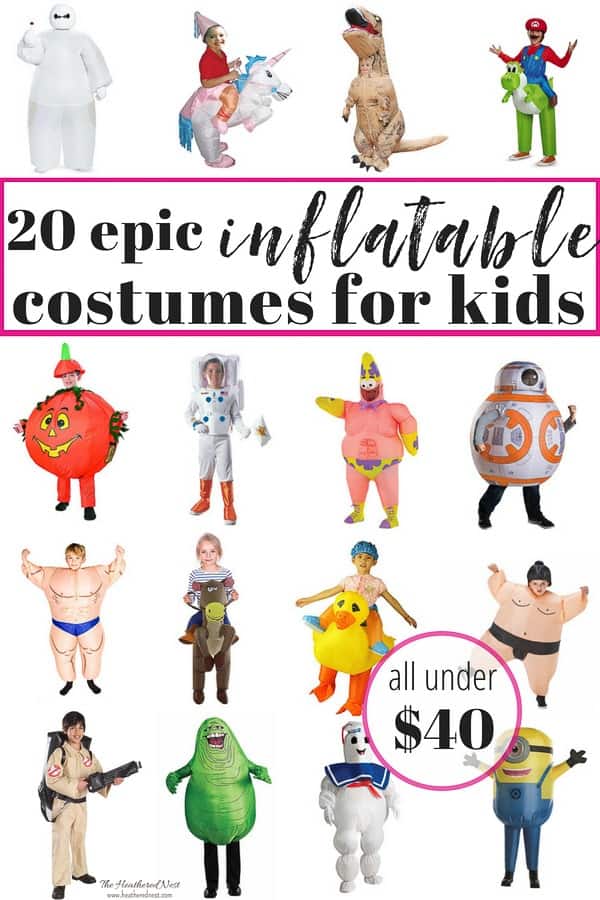 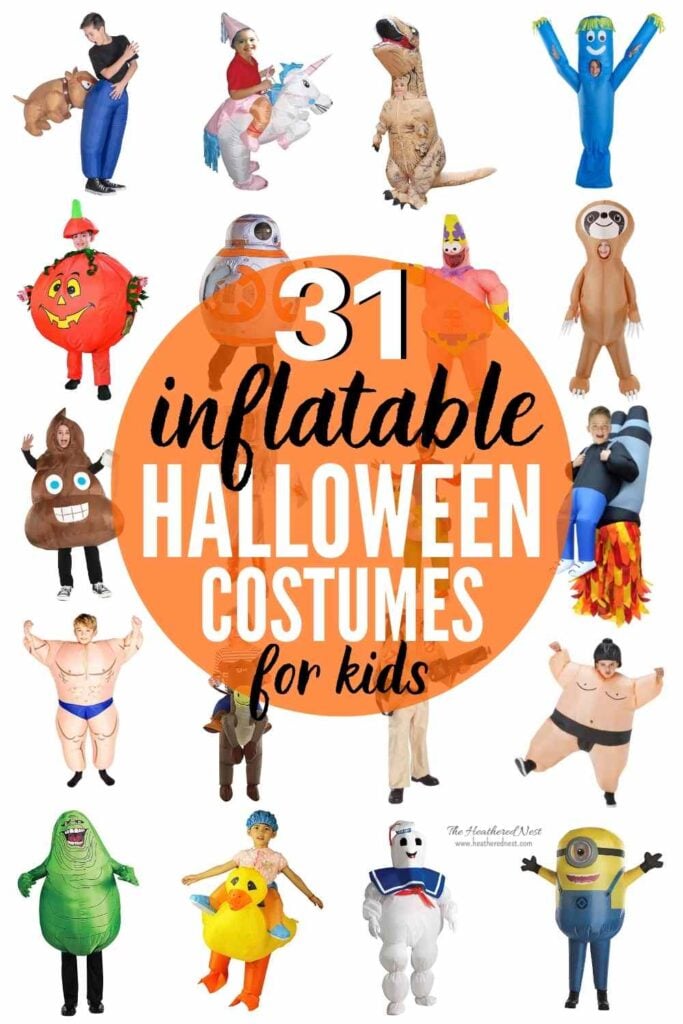 A couple of years back, I was doing what all parents do on the last school day before Halloween. Rushing up to the elementary school and making it there JUST in the nick of time to see the adorable Halloween parade.

*This post contains affiliate links. For more info (or if you have insomnia), please read our full disclosure policy HERE.*

As I was watching last year, I saw something I had never seen before. These two cute brothers wearing some AMAZING inflatable dinosaur costumes. To say they stole the show was an understatement!

These things were epic.

Inflatable costumes for kids are becoming more and more of a thing. With good reason. Besides being amazing…

Here are two things to 🧡 about these inflatable Halloween costumes:

1.) You don’t have to do ANYTHING except press “purchase” on your Amazon account in order to have Halloween taken care of, and

2.) They AREN’T insanely expensive (although the prices have gone up as they’ve increased in popularity over the past couple of years).

Here’s a video of our sons in their costumes for this year. A minion and a T.Rex. I cannot tell you how many hours of entertainment we’ve had thanks to these things already…and it’s not even Halloween!!

I thought these costumes were bound to be over-the-top expensive. But we found 20+ fantastic inflatable costumes for kids to share with you…ALL UNDER $50! I sure hope this costume round-up will save you some time this fall!

These are in no particular order. Just click on either the text link or the image of any of the inflatable costumes below to be taken directly to the online store for more details.

20+ Incredible Inflatable Costumes For Kids (All Under $50)!

My oldest son wore this inflatable T Rex costume in 2017. He was 10, and we actually sized him up to the adult version (he’s fairly tall for his age). But if you are shopping for an older child, definitely consider the adult-size inflatable dinosaur costume if you’re looking to go this route.

Only the backpack portion of this costume is inflatable, but it would be so darn cute as a trio with the state puff man above, and Slimer, which is another available inflatable costume found in the list below!

My youngest son wore this costume in 2017, and I COULD NOT stop laughing at him in it. It was over the top funny and adorable. 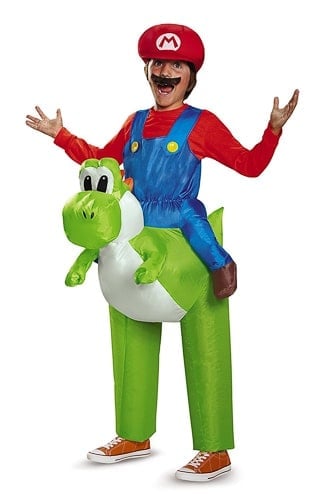 Our youngest wore this costume in 2018. Again, just like the minion he wore the year before, it was definitely a crowd-pleaser!

Here’s the third part in the Ghostbuster inflatable outfits for the win! I tried to convince my three to do this last year, but our daughter was less than thrilled about the prospect of going as this guy 😂.

I have found even more fun inflatables this year for you to check out. Again, none are over  $50! Just click on the link or image of any inflatable costume below to be taken directly to the vendor for more details!

Pin this post for later! And if you buy one, leave a comment (or better yet, a photo) on the pin! That helps others know whether they want to get one for their kiddos, too!