It’s been a full year now since one of my first “fan girl” moments in life. Most of you have had those, right? 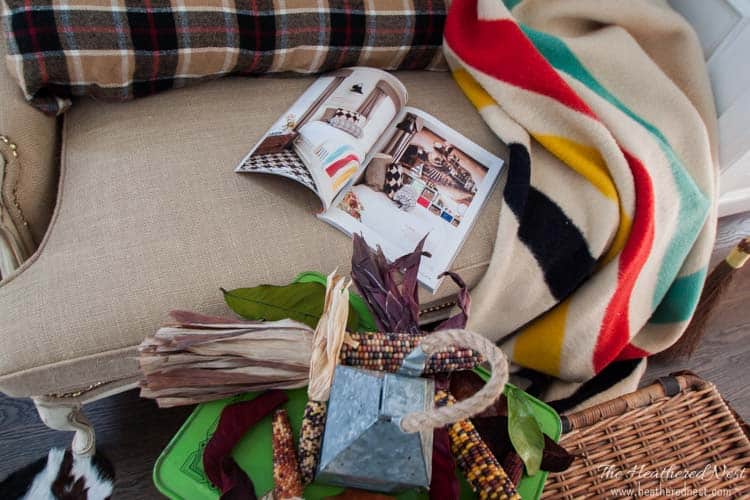 Here was my husband’s first. Prepare yourselves, this is #monumental. 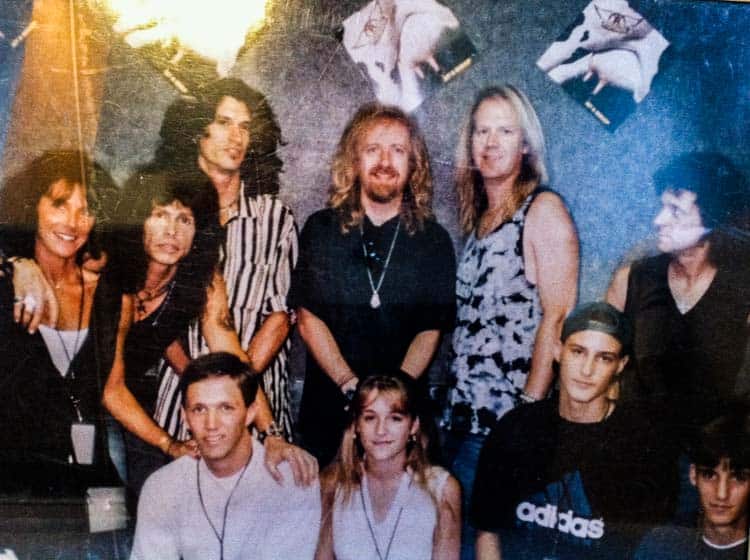 Aerosmith. Pretty awesome, really. I personally die laughing every time I see this pic…my husband is in the RUN DMC adidas garb, trying hard to look tough.I love it. So, in grand contrast to his fan-guy moment, here’s my fan-girl moment from last year… 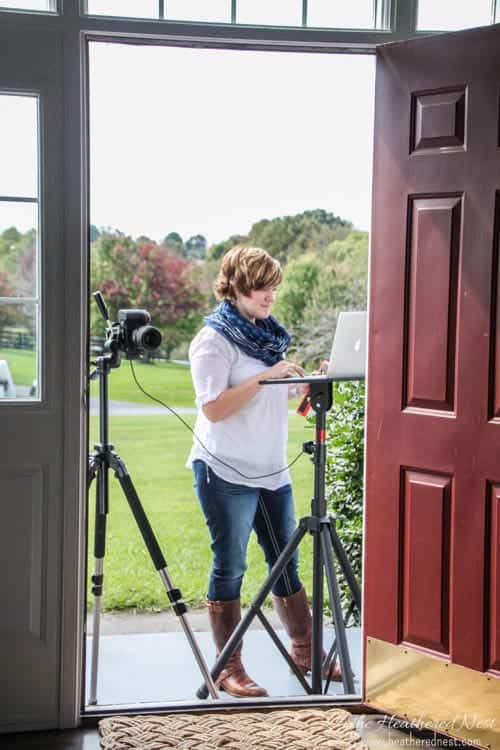 For any of you who follow blogs…THAT is Miss Mustard Seed. Marian Parsons. In my world, she’s as cool as Aerosmith, fo shizzle. 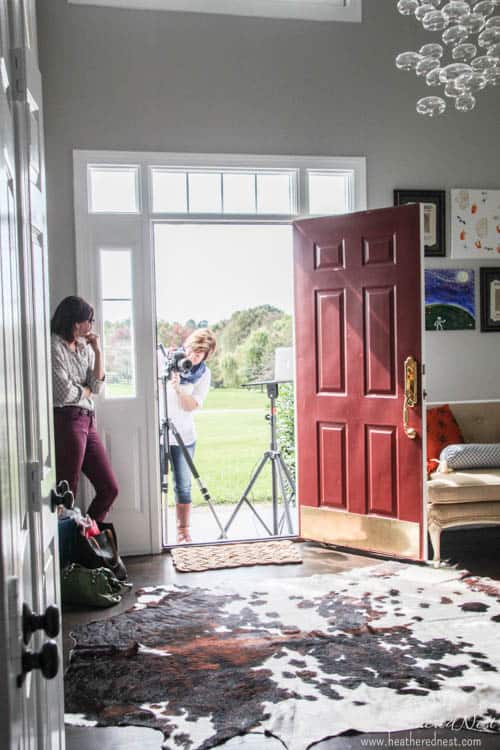 She and Kriste from Rosemary & Thyme came to my home last October to do a photo shoot for Cottages & Bungalows magazine.

A photo shoot. At my house. With Miss Mustard Seed.

Wow. Because I really do adore Miss Mustard Seed. She’s such a talent. To quote Steven Tyler, she’s “Amazing”. Like, I saw her pull down my street, and I thought “Dude”, this is “Crazy”…I was flooded with “Sweet Emotion” and almost collapsed on my floor like a “Rag Doll”. 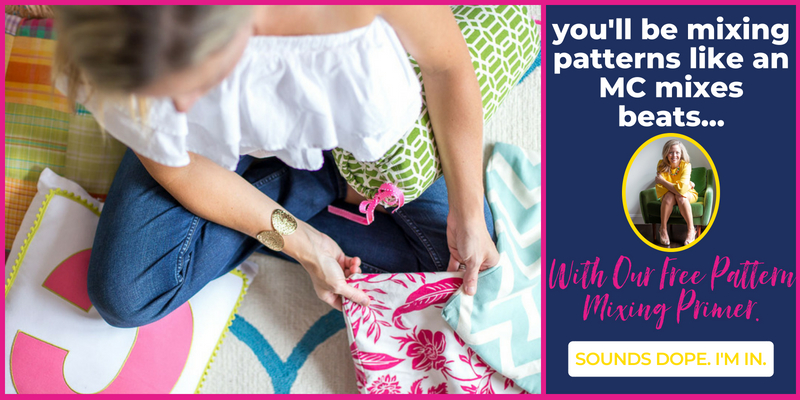 But I finally pulled myself together, because I’m thinking “I Don’t Wanna Miss a Thing”, so I open the door and beckon “Walk This Way”! She and Kriste step inside, and they are instantly as sweet as can be, and I muse, “maybe she’ll be my new BF”…quickly I catch myself, “Dream On” Heather. 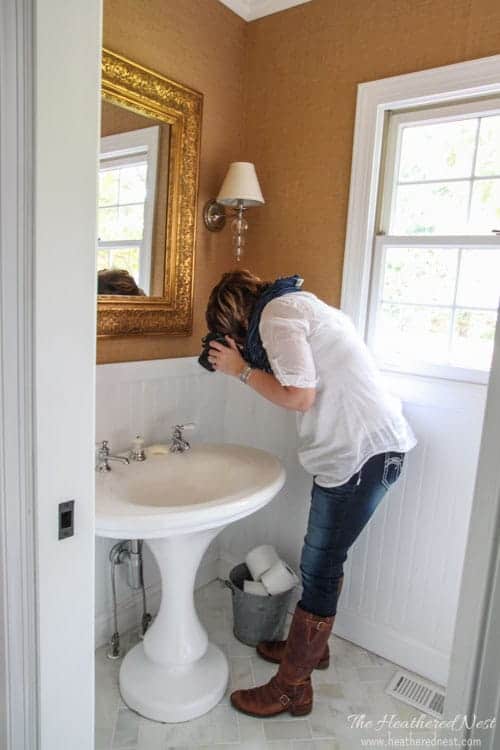 But there she was, all over my house…in the foyer, in the loo…

You see, for years, I had a couple friends who followed blogs, and told me how they thought I should start one. I know NOTHING about computers. Literally. Once, I had to call the Apple support line to even figure out how to TURN ON my computer. True story. So when my friends threw out this notion of “starting a blog”, my response was “what’s a blog?” 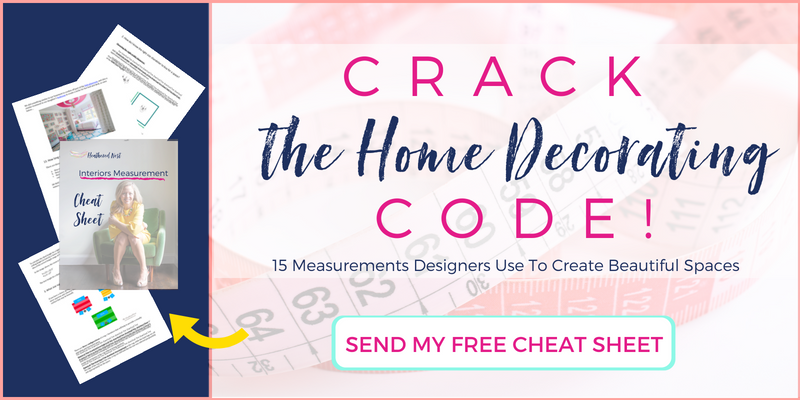 I didn’t follow any blogs, and at that point, I felt like the word “blog” was only thrown around by computer savvy-geeky types. And although the “geeky” part of that equation fits me like a glove, the computer part is STILL very scary and off-putting to me.

Enter Miss Mustard Seed. I still can’t recall how I found her DIY blog, though it was probably Pinterest. However it happened, she opened my eyes to the world of blogging. And I’ve been a wide-eyed, giddy school kid ever since. 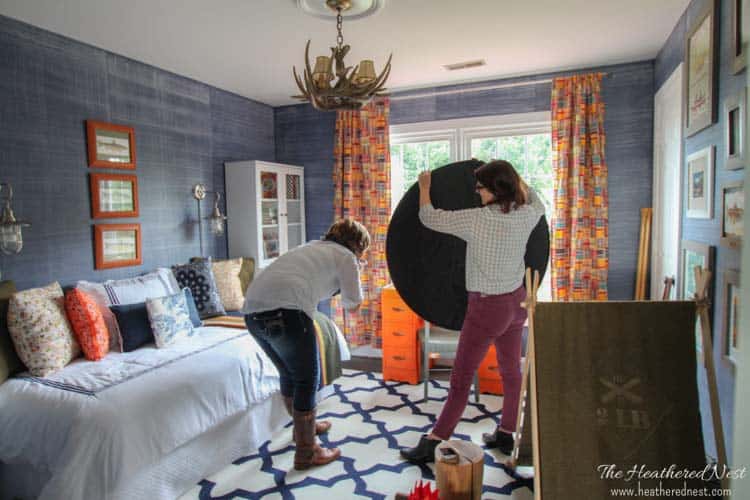 And so it was an extraordinary experience for me to have her and Kriste in my home for a day, just to be able to watch them work. My own images from that day are really bad. Apologies. I was so nervous that I’d interrupt her genius with my incessant photo snapping. So I took pictures quickly and timidly. Therefore they suck. It is what it is. 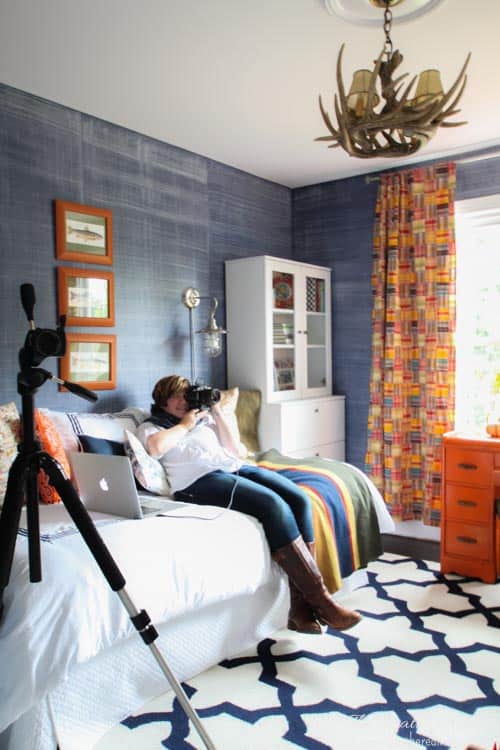 Plus, my own skills behind the camera weren’t (and still aren’t) all that great a year back. Watching her technique was super helpful to me. I love the shot above, because it shows that sometimes, we do have to put ourselves in those awkward, backing into a corner, scrunching down into a tiny ball-type-positions in order to get the shot we want. And she was game to do all that. 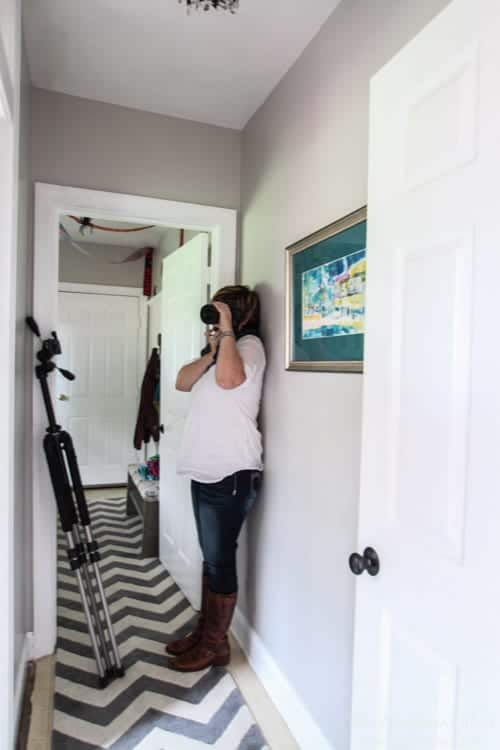 Which is one reason she’s so good at what she does. 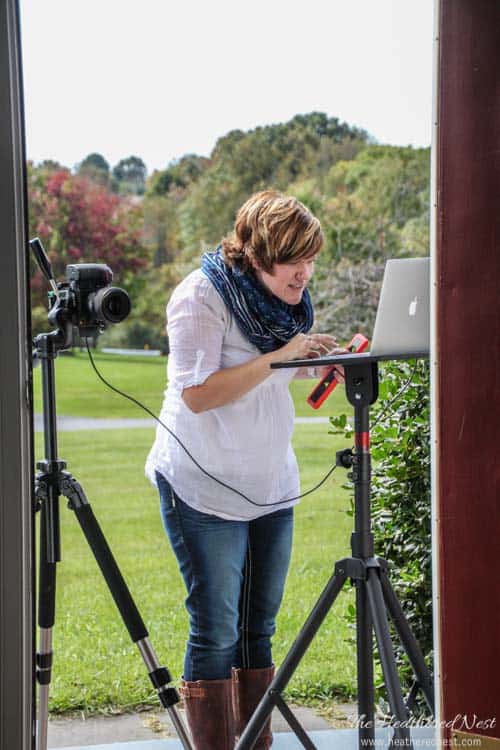 And she’s incredibly focused. They shot almost every room in my house that day. And they did it in record speed. We had gone through another magazine shoot in the past. In that shoot, there were three people on site, and they shot just three rooms. Marian and Kriste were here for the same amount of time as that crew…and shot 8 rooms. So impressive. 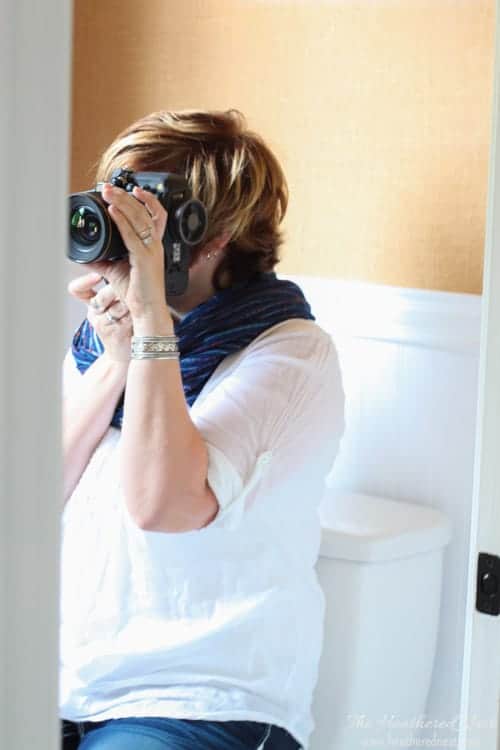 And Kriste is an incredible talent. She would go from room to room, quickly styling it, just throwing things here and there and somehow making the room magically 100% more inviting than it had looked just minutes before. 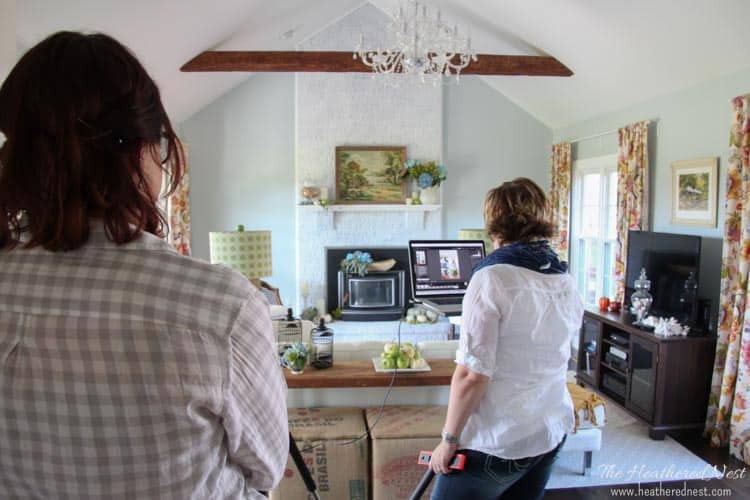 She knew exactly what Marian would want. They make a great team. 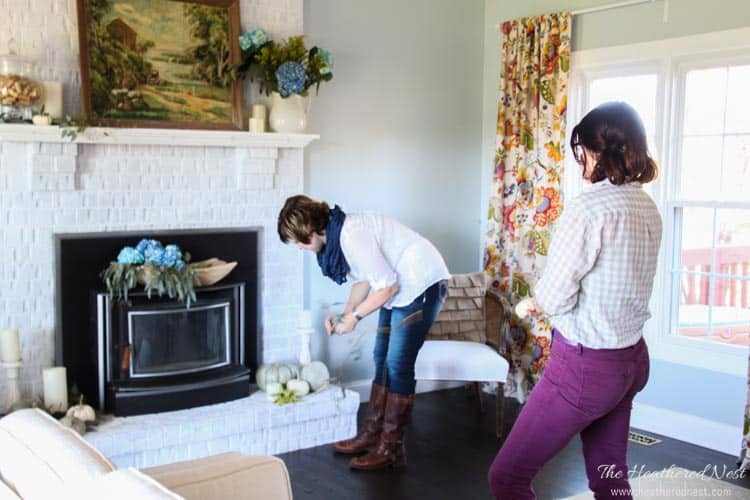 During the photo shoot, the space that I was most excited to show Marian was our guest room. 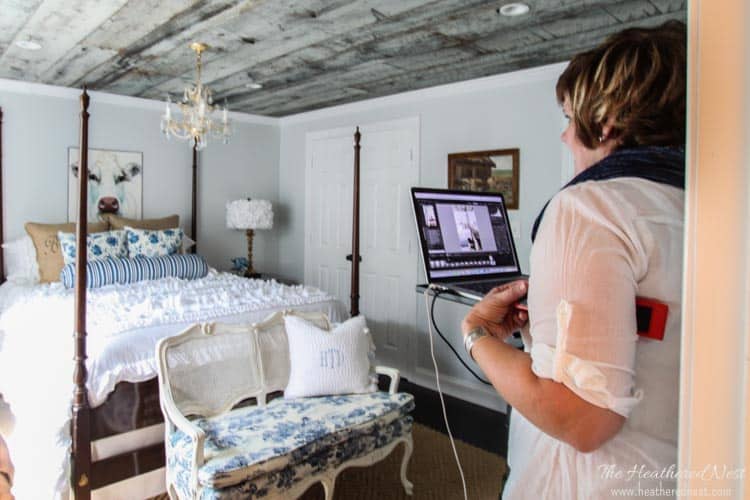 I often call it my “Miss Mustard Seed” room because it was inspired by a combination of some of her spaces. The cow art? The curtains? From her dining room. The palette of this room, to me, says Miss Mustard Seed. She’s known for blue and her brilliant way of utilizing neutrals.

Anyways, it was an all around fantastic day. 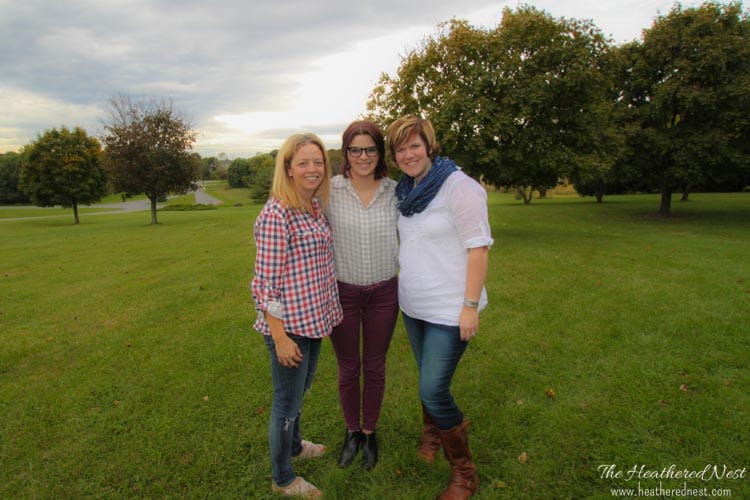 My house has NEVER looked that lovely, and likely won’t ever again. Case in point… 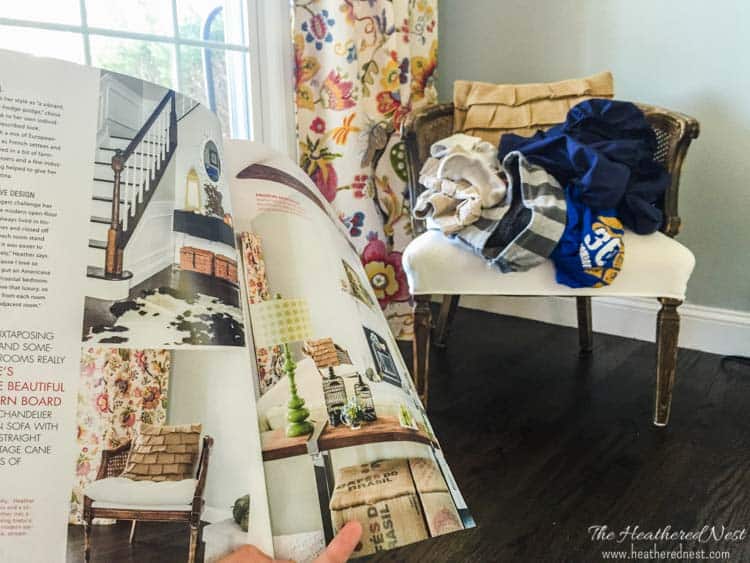 Here’s a little taste of a real life/fake magazine life moment. See that chair in the magazine? Looks like such a quiet, peaceful space during the photo shoot. Again, as Steve Tyler said/sang/yelled/what-have-you…”DREAM ON”.

Oh well, it’s a nice fantasy, at least. I can’t post any more shots from the actual magazine right now, since it’s still on the shelves, but go get a copy, it’s a great issue! I honestly don’t know “What It Takes” to keep a home looking like they do in those magazines, but whatever “It” is, I DON’T HAVE IT. It is what it is. Am I right?